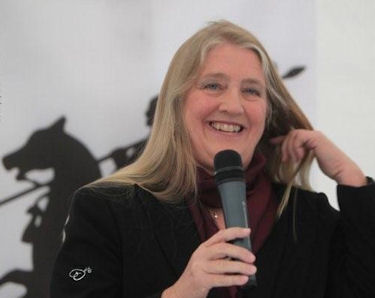 The Babson Breeding Group in the Context of Future Conservation

Henry Babson searched the world for his ideal of an Arabian horse. He found it in Egypt in 1932, importing one stallion (Fadl), five mares (Bint Bint Sabbah, Bint Serra I, Bint Saada, Maaroufa, and Bint Bint Durra), and a colt that did not live to maturity. The Babson breeding program offers a framework for looking at Arabian breeding over the past 80 years. It is also an example of the opportunities and challenges for conservation breeding in the future.

Babson breeding can be viewed in three eras:

In the first, the 30 years from 1932 until the early 1960s, Arabian breeding in the US grew steadily. During this time, Henry Babson bred more than half of all Egyptian-blood horses in the US. He had the largest herd outside of Egypt. Of course, this was before any Societies or Clubs or Institutes had defined a “straight Egyptian” horse.

Babson did not set out to create a “conservation breeding group.” He was not a geneticist. He was not breeding for show or marketplace, although he was successful at both. He was focused on breeding good, useful horses.

Although Babson later imported horses from elsewhere, including Poland, he preferred what he got from his Egyptians, and he eventually sold the Polish blood and focused almost completely on Egyptian lines. One exception was his acquisition of the Saudi mare Turfa, from which he got six foals by his imported Egyptian stallion, Fadl.

The second ‘era’ of Babson breeding – lasting about 25 years, from the early 1960’s until about 1990 – coincided with an explosion of exports from Egypt and the creation of the term “straight Egyptian.” This period also was one of huge growth in Arabian breeding in the US.

With straight Egyptians in demand, farms in the US naturally turned to Babson for some additional mares. The Bentwood farm acquired more than a dozen of Babson’s straight Egyptian mares, plus daughters of Babson mares from newly imported sires. Ansata created the famed Nile line from the crossing of Ansata Ibn Halima on the Babson mare Fa-Habba, creating Falima. Babson horses with Turfa were also in demand for their quality and because “straight Egyptian” horses became very expensive.

During this second era, Babson blood was carried around the world, usually as part of the raging demand for “straight Egyptian” horses.

Three of the four grandparents of multi-international champion and Australian-bred Simeon Shai were from US breeding; their pedigrees each show at least 25% Babson blood (Shai himself is almost 24% Babson). [The fourth grandparent in Shai’s pedigree is from Babolna breeding from EAO horses.]

In Germany, of course, some of the foundation horses of Hamasa stud were very high in Babson blood: Faziza, Shar Zarqa, Shar Gemana, Shar Duda. The stallion Mohafez, out of a Babson mare, was an important part of Dr. Nagel’s Katharinenhof. These studs, in turn, provided horses with Babson blood to other countries.

The UK had the only straight Babson stallion exported from the US during this time, The Shah; and other part-Babson horses were brought to England. The Shah was used on mostly Crabbet horses.

These are only a few examples. For those who are interested in more detail, I recommend “The Babson Influence,” published by the Institute for the Desert Arabian Horse and available from the Asil Club.

So, by the early 1990s, Babson blood, usually resulting from crossing recently imported (“new”) Egyptian stallions on Babson mares and their daughters, could be found wherever there were significant numbers of straight Egyptian Arabian horses, and at important studs around the world. The blood was viewed as a valued “ingredient” in breeding. Babson mares in the female line were highly desired, although the “new” Egyptian stallions dominated the press. The Babson Farm continued to breed, and a small group of clients maintained breeding programs of Babson Egyptian or Babson plus Turfa horses.

Then we had the great crash in the US – as economists would say, the “bubble burst.”

This brings us to the third era of Babson breeding. In the US, the number of Arabian foals declined from 30,000 in 1989 to fewer than 4,000 in 2011. From a peak of 1000 Egyptian foals registered in 1990, we are now at fewer than 400 per year – truly astonishing because it means that Egyptian horses now comprise more than 13 percent of the much-reduced US herd, up from the 2 percent during the 1980s. Of course, there has been a major increase in breeding of all bloodlines elsewhere in the world, especially in the Middle East and South America.

During this third era, Babson blood has been denigrated by some and ignored by many. It has receded in the pedigrees of straight Egyptian horses – now back at the fourth or fifth generation.

Egyptian bloodstock is viewed by many as a source of “pretty” but not of useful performance horses or of horses competitive in the world-class halter shows. This, despite the international success of such horses as Laheeb, his son Al Lahab, and the mare Loubna. All have a Babson dam line, and Laheeb is 6.25 percent Babson.

Yet a small group of devotees have used the opportunity to sustain a “closed” breeding group descending only from the original Babson Egyptian horses. A major effort has been taken to perpetuate the straight Babsons by using the mares to produce only Babson foals. If not for them, this group of horses would have been lost.

The breeders collaborate regularly, exchanging stallions and mares. They have sustained the Babson horse through this third era, especially following the closing of the Babson Farm almost 15 years ago. Because of the danger of losing diversity in the closed sub-group, few mares are available to outside breeders.

Looking forward, should we consider the existing group of Babson horses, about 140 mares and 100 stallions, as a genetic resource? Or is it an antique notion that will fade away? This brings us to the concept of “conservation breeding.” Although Dr. Olms asked me to speak specifically about the Babson horses today, what I will describe next applies to any bloodline group – not just Babson.

I will look into the future, based both on the work that the Institute has done in cooperation with researchers at several Universities regarding conservation breeding and based on my own observations of Babson horses.

I have personally seen about 100 straight Babson horses alive in the US – more than half of the extant herd. And I must also tell you that I have a mare that is of Babson breeding with added lines to Sirecho.

The purpose of a closed breeding population – a breeding “sub-group” – is to keep diverse genes available for a longer period than would occur if all were bred homogeneously into the general population. But, for a closed sub-group to be useful, it should have several characteristics:

1. POSITIVE TRAITS – viewed as beneficial to the breed. In Babson bloodlines, two predominate: temperament and structure (including balance, legs, and bone). Also notable is fertility and mothering skills and pigment (problems being noted in some straight Egyptian breeding of other bloodlines).

2. SOUND INDIVIDUALS – the horses, themselves, must be good specimens. We see such good success with Babson horses in Dressage and other sport horse disciplines, that this should be taken as a given. Some criticize Babsons for lacking breed “type” – if one equates “type” with an extremely dishy head – but no one who has studied the original desert horses would find the head other than typical of the foundation desert horse.

3. AVAILABILITY FOR CROSSING INTO THE GREATER POPULATION. A sub-group should have excellent individuals that are intrinsically good horses. But the ultimate purpose, from a genetics point of view, is for such horses to be bred back into the larger population. They should bring in the positive traits that are useful to the greater breed. This concept, of course, applies to any closed sub-group that is bred under the notion of “conservation.”

So, how are Babsons being bred at this time? Two types of breeders are currently using Babson stallions: first, those perpetuating straight Babsons and the variants that blend Babson with limited other blood – such as Babson-Brown, Babson-Turfa, and Babson-Sirecho – and second, those focused on sport horse disciplines, especially dressage.

In talking with people who have horses with considerable amounts of Babson blood, they will state their reasons for doing so: temperament, temperament, temperament – and athleticism. They are easy to train and will do anything for you. In the US, at least 20 percent of Babson stallions have sired at least one foal outside the Babson group, and it is usually for sport disciplines.

Outside the US, I must mention that, in 1992, the only Babson son of the famous Serr Maariner, the first Arabian to be awarded a Gold Medal in dressage, was imported to the UK. He has been siring sport horses for 20 years. Recently, several straight Babsons have been sent to France, and the mares are now being bred to this Maariner son to create a nucleus of straight Babson breeding in France – with an emphasis on sport use. Taken together, however, the number of non-Babson mares bred to Babson stallions is very small, perhaps 3-4 per year in the US and fewer elsewhere. The larger straight Egyptian breeding establishment does not use Babson horses.

Therefore, the question becomes: is there any reason for Babson blood to be used in the greater straight Egyptian or broader asil population? Why do we almost never see Babson stallions used elsewhere in the straight Egyptian population, especially among those breeding for halter?

That question, of course, can only be answered by breeders who make such decisions. The general comment I hear is that Babsons aren’t “pretty” by today’s show standards, and soundness and substance are not as important as other traits.

Yet, among the traits that I have seen in the Babson horses and that could benefit the straight Egyptian herd are temperament, fertility and mothering (foal rejection is very, very rare among Babsons), pigment, bone, and very good legs and feet.

Let me make one additional comment on legs. It seems that one inhibiting factor to using Babsons is the belief by some that Babsons are “ponies” with stubby legs. There are certainly some Babsons in the 140-145 cm range, and some with short legs. I think the perception more commonly derives from the tremendous heart girths and well-sprung ribs, together with a thriftiness that results in many Babsons tending to overweight: this may make the legs appear short (that is, not a lot of ground clearance). They also tend toward the classic “Koheilan” and “Dahman” body types that are not in fashion.

If one compares the generally good legs, short cannons, excellent pasterns, and overall balance found in many Babson horses with that of taller horses having long canons, long or weak pasterns, and narrow heart girth…well, I hope breeders would choose to breed for the better legs.

And that is the real question: are there breeders with the courage to go beyond today’s “fashion,” recognize that we need to pay attention again to the soundness of the horse, and look to “out of fashion” sources for such traits? If so, Babson provides an excellent source. One thing holding people back is that breeding from intensely inbred or linebred horses is more predictable (one benefit is that this can be used to “fix” type), and outcrossing is not very predictable.

If Babsons are used as a sort of “outcross” in Egyptian breeding, it will take a second generation or more to develop the best horses. The market is today, not 10-15 years from now.

Babson owners are reluctant to let their precious few mares be bred to outside stallions, and yet Babson stallions are not viewed by others as “marketable” sires of foals. So change is necessary on several fronts.

It remains to be seen if the Babson horses will have a fourth era to contribute to the breed. Having seen the great positive points of many Babson horses, I hope the answer will be yes.